The 30-year-old from Carlisle, who will be partnered by Nicolai Kjaergaard and Valentin Hasse-Clot, is looking to make it back-to-back Silver Cup triumphs having won the coveted crown last year at the wheel of a Lamborghini Huracan GT3 Evo.

Alex last raced an Aston Martin back in 2016 where the partnership proved incredibly fruitful in the LMGTE class of the European Le Mans Series, the Cumbrian driver enjoying two race victories on his way to the title.

He began his racing career aged just 14 in the T-Car Championship in the UK, with no previous karting experience behind him, before stepping-up to the Renault UK Clio Cup with Total Control Racing where he was third in the end-of-year Winter Series in 2007.

Staying in the championship in 2008 and 2009, during his final season he secured four race victories and ended the campaign as Vice-Champion. Impressing several of the top British Touring Car Championship teams during his Clio Cup tenure, in March 2010 it was confirmed Alex would graduate into the UK's biggest motor racing category.

Signing for the RML-run Silverline Chevrolet factory-supported BTCC entry as team-mate to Jason Plato, Alex’s rookie BTCC year was a great success – he claimed two podiums, two pole positions and a fastest lap on his way to an overall top 10 finish in the championship. The following season he secured three podium finishes and ended the year in ninth place.

In 2012 and 2013, Alex moved onto the international stage in the FIA World Touring Car Championship and during his second year in the WTCC he was Vice-Champion in the Independents Trophy with five victories and eight podiums – including an impressive win at the world-famous Guia street circuit in Macau on the Macau Grand Prix weekend.

Moving from touring cars to GT endurance competition in 2014 as a factory driver for Aston Martin Racing in the FIA World Endurance Championship, Alex contested two full seasons in the GTE Class in the Pro category and secured a podium in his maiden season with team-mates Darryl O'Young and Fernando Rees. During this time, Alex also competed in the prestigious Le Mans 24 Hours.

In 2015, he became a race winner in FIA WEC and also a podium finisher in both the Liqui Molly Bathurst 12 Hours in Australia and at the European Le Mans Series ‘4 Hours of Estoril’ event. His first international championship title then came in the ELMS in 2016 as team-mate to Andrew Howard and Darren Turner, sharing an Aston Martin Vantage GT3.

From there, Alex debuted in the ADAC GT Masters racing a Porsche 911 GT3R with Klaus Bachler in 2017 before returning to the ELMS the following season. Joining the JMW Motorsport team, he piloted a Ferrari F488 GTE and achieved two race wins in LMGTE on his way to the Vice-Champion’s position in the standings with Liam Griffin and Miguel Molina. 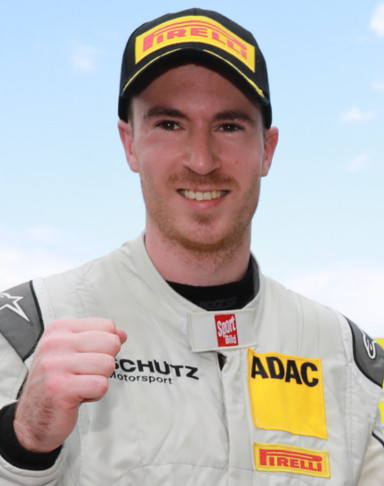