Carlisle’s Alex MacDowall ended the third round of the European Le Mans Series campaign at the Red Bull Ring in Austria on Sunday, 17th July, just a single point shy of the LMGTE championship lead after only missing out on a deserved podium finish during the final 30 minutes of the four-hour race.

Teaming with Darren Turner and Andrew Howard in the No.99 Aston Martin V8 Vantage GTE, the trio were on course to celebrate their second podium of 2016 but worsening grip late on meant the Beechdean Motorsport entry had to settle for a top four result in LMGTE – having started sixth.

Going into the weekend two points clear at the top of the standings, the Aston Martin drivers departed the picturesque and undulating Austrian track just a single point shy of the lead as the ELMS season reaches its halfway point.

“It’s disappointing to miss the podium as it was definitely on, but we were struggling for overall grip near the end as we’d double-stinted the tyres”, said 25-year-old MacDowall, “Fourth is better than where we started and the team did a good job. Darren was quick, Andrew did a solid job at the start and I was pretty happy with my own performance. It’s not what we wanted, but not bad either.”

Qualifying on Saturday, 16th July, proved very close indeed with Turner’s best lap of 1m28.240 seconds equating to sixth fastest in LMGTE – only 0.6 seconds shy of pole position and a mere 0.001 seconds away from the fifth fastest time.

Howard took the opening stint of Sunday’s race and although edged back to eighth in LMGTE, he climbed back up the order when the first round of pit stops started to be taken as the race reached the end of the opening hour.

Pitting from fourth place with just over 60 minutes elapsed, Turner took the second stint and joined the race seventh in LMGTE. With 12 seconds to make up to the next group, Turner reduced the gap to nothing inside four laps and continued to make excellent progress.

Roughly 45 minutes into his stint, Turner had moved into the podium placings and following a Full Course Yellow cautionary period he piled on the pressure to the second placed Ferrari. MacDowall then took over the driving duties at the second pit-stop with one hour and 50 minutes to run and entered the race sixth in LMGTE.

Needing to close down a 17 second gap to the top five, the British racer began to reel in the target cars and with 90 minutes to go he was on the tail of the fifth placed Porsche. Producing a strong pass soon after to move up the order, MacDowall immediately pulled clear and set about closing the 10 second gap to fourth place.

Moving through to second in LMGTE as some of the cars ahead took their next stops, MacDowall remained on track and lapped on the same pace as the class leading Ferrari. Pitting with 50 minutes to go for a quick refueling stop, but staying on the same set of Dunlop tyres in a bid to minimise the time lost in the pits, MacDowall rejoined the contest fourth in class.

Climbing back into second place and with a podium finish undoubtedly on the cards with just half an hour to run, during the closing stages the Aston began to struggle more and more for grip and so eventually slipped to fourth in LMGTE.

“We go to Paul Ricard next and then Spa, that should be a good track for us, and then Estoril – I’m confident we should be pretty strong during the rest of the championship”, added MacDowall, “We know we had the pace for the podium this weekend and to be just a point away from the top of the standings at the halfway point of the season isn’t bad at all.” 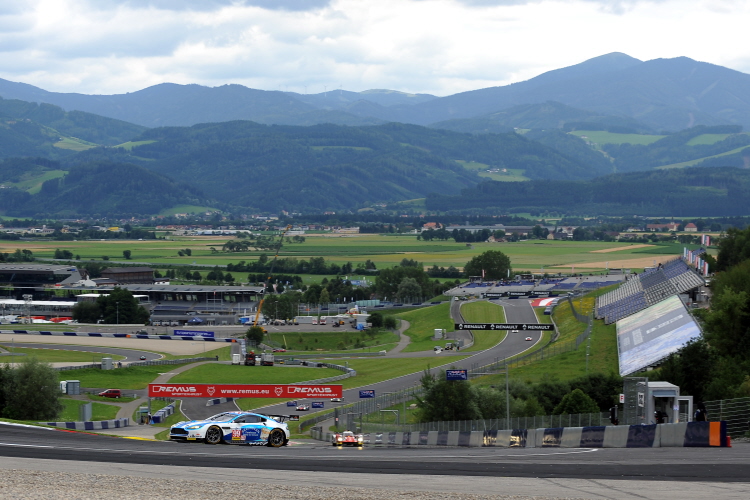