Barwell Motorsport driver Alex MacDowall was cruelly robbed of a near guaranteed Silver Cup class victory at the Total 24 Hours of Spa on Sunday, 25th October, when his Lamborghini Huracan GT3 EVO was caught-up in the aftermath of a multi-car accident with just seven hours to run.

Carlisle’s MacDowall and team-mates Frederik Schandorff and Patrick Kujala had performed very impressively indeed around the challenging Spa-Francorchamps track for almost 17 hours in wet and dry, light and dark, since the beginning of the race on Saturday afternoon.

Having led their class almost from the start, Schandorff leaping from fifth to second on the opening lap alone, the Danish racer soon took the lead in the Silver Cup and through the various driver cycles the No.78 Lamborghini Huracan largely remained in charge.

Shortly before 07.00 local time on Sunday morning, though, when a couple of cars made contact as they entered Raidillon, MacDowall was caught-up in the aftermath as he tried to avoid the collision ahead. As he moved to the left, the No.991 Porsche – which had already made heavy contact with the barriers – rolled back into his path and the damage ruled the Barwell car out on the spot.

Despite the huge disappointment after so much hard work and brilliant competitiveness, the Barwell trio do remain firmly in the fight for the GT World Challenge Europe Endurance Cup Silver Cup title after re-taking the championship lead – having scored maximum points for leading at the six-hour mark and second placed points at the 12-hour juncture of the race. Their lead is 17 points.

“I’m disappointed to say the least”, reflected a crest-fallen MacDowall, “We were doing well, we had the lead in the Silver Cup and it all looked good. I had a split-second decision to make, all I could see was smoke and a car spinning. It’s such a high-speed corner, and you’re so committed, you have a 50-50 decision to make. I went left where I thought the biggest gap was, but the car rolled back.

“It wasn’t a faultless race, we did have a couple of issues along the way, but we all kept our heads down and worked really hard. It was difficult during the night, especially with more night driving this year due to the time of year, but – if anything – it was easier to see where drier parts of the track were with the headlights. All of my stints were on slicks on a damp track, which was challenging.”

MacDowall and his team-mates were rapid from the outset during the build-up to the race, the No.78 Lamborghini second fastest in Silver during free practice on Thursday, 22nd October, and then fastest in class during pre-qualifying in the dry.

Rain arrived for final qualifying on Thursday evening and with the set-up not quite working as they would have liked, the trio had to settle for fifth in Silver on combined times which also equated to 29th on the overall grid of 56 cars.

Schandorff took the opening stint of the big race on Saturday afternoon and put together a terrific first lap, leaping into second in Silver and gaining five overall positions. Moving into the class lead on lap two and edging closer to the outright top 20, the Danish racer completed hour one on top.

Early in the third hour, MacDowall climbed aboard for his first stint and after emerging from that pit-stop second in Silver the Cumbrian soon regained the class lead in 20th place overall. With a healthy advantage of more than 10 seconds, MacDowall pressed on before Kujala took over in hour four.

Darkness descended quickly on Spa and through Saturday evening and night the Barwell drivers continued to boss the class with great driving and teamwork in the various pit-stops to overcome a few issues. During the small hours of Sunday, everything continued to go well and a dream result looked increasingly likely for MacDowall in only his second Total 24 Hours of Spa contest.

Leading the Silver Cup comfortably after dawn on Sunday morning, MacDowall was simply in the wrong place at the wrong time as he powered through Eau Rouge on the team’s 377th lap. It was a 50-50 decision of where to go, left or right, to avoid the aftermath of the collision ahead.

Even with the massively frustrating retirement after so much hard work and commitment, the Carlisle racer and his team-mates actually lead the Silver Cup title battle going into November’s fourth and final round of the GT World Challenge Europe Endurance Cup by 17 points. Paul Ricard in southern France will host the season finale over the weekend 14th/15th November.

“There are a lot of positives to take away from Spa, even though we’re gutted to have missed out on the win”, said MacDowall, “Everyone did a fantastic job, the team worked so hard, and to be leading the points going into Paul Ricard is fantastic. The title is still on.” 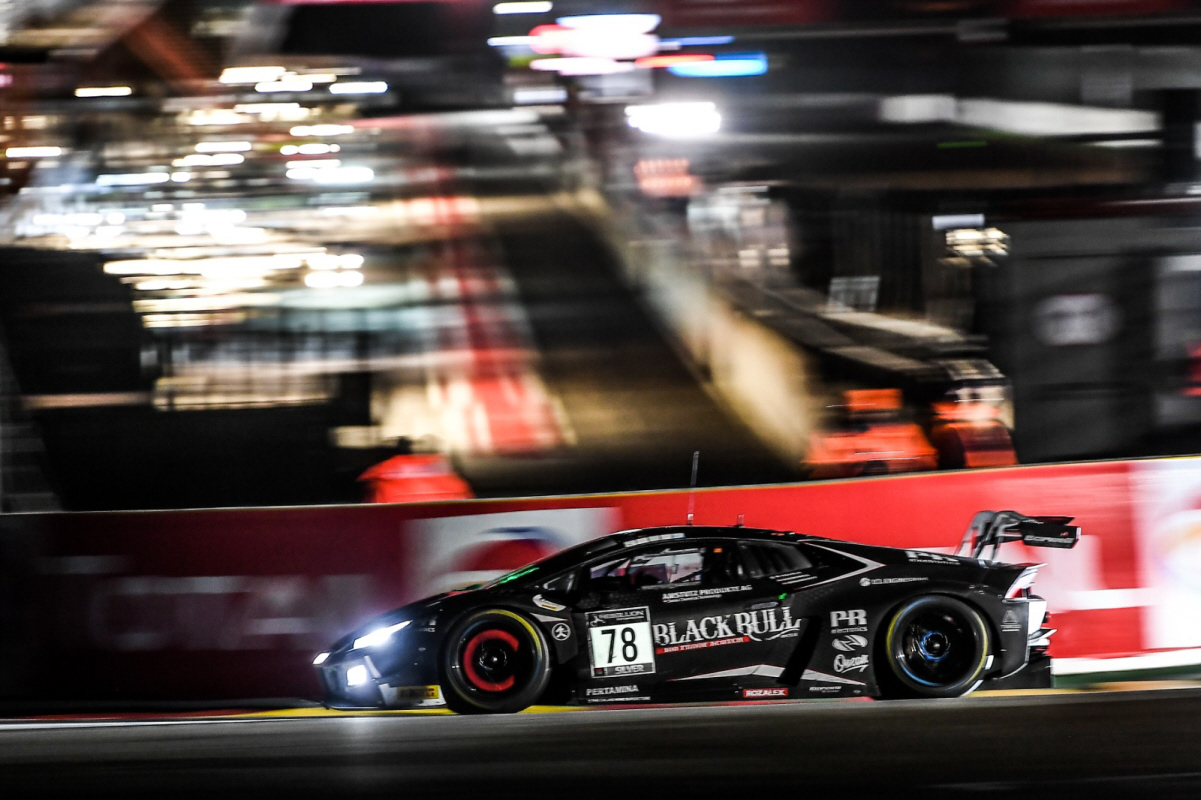